A neural network learns relationships between inputs and the corresponding outputs from sample data, it then applies the learnings to new inputs to predict the best possible outputs. 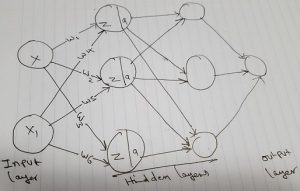 A Neural network consists of neurons and one or more layers. As in the pic above, weights (w) connect neurons from one layer to the next and represent the importance of a given input to its respective output.

For example, how important are the following inputs to decide where to go for a vacation?

While weights represent the importance, bias is used to fine-tune the relationship between inputs and outputs.

A neuron computes the weighted sum of its inputs, adds bias to compute (z) and passes the z to the activation function (a) to get a single output. A neural network learns by collecting these outputs from each neuron; this is done by doing forward propagation, getting the loss, and updating w and b to decrease the loss (backward propagation). 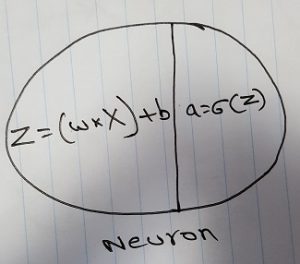 Neural Network (NN) takes an input x from the input layer, it multiplies it with its respective weight, adds bias to it and passes the resulting value to an activation function. The resulting value is then passed to the next layer as an input.

In the next posts, we will discuss activation functions, cost functions, and backward propagation.